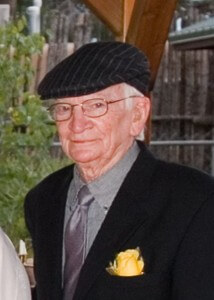 Emory Patton and his father Howard Patton “HP” purchased Automotive Services from the previous owner in March 2009. Emory, who has over 38 years as a mechanic, continued to work at the Ford dealership for the first few years. Emory and HP hired a manager for the shop and he ran it very well for them for 5 years.

HP managed and ran the office himself. While HP was in his early 80’s at the time, but you’d never know it to talk to him. He built it up through his old-fashioned way of doing business, and it really resonated with people. He would sit down and talk to customers while they waited for their repairs to be done and knew almost everyone’s name. He would always greet you with a big smile and a handshake. When anyone would ask him how he was doing, his answer was almost always “Couldn’t be better with a better machine!” Many of our customers said they really enjoyed their talks with him and commented about how he made the time fly by with his stories. He absolutely loved to meet people and talk to them. For HP, conversation was a God-given talent. He was instrumental in bringing it new customers simply by meeting them in his daily life and inviting them in. The customers multiplied quickly with him running the office and kept coming back because not just because it was honest, quality work, but also because of the atmosphere he created here. 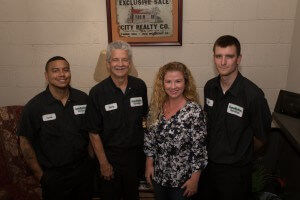 In the summer of 2013, HP brought in his granddaughter, Christina, to help him in the office. Not long after he started coming in later in the day and usually just for a couple hours. His lungs had been giving a lot of trouble for years and the long days at the shop just became too much for him. By the end of 2013, he had stopped working in to the shop completely. He caught pneumonia in February 2015 and just couldn’t recover. HP passed away in March of 2015 surrounded by his large family that adored him. We were so grateful that many customers that sent cards, flowers and even came to the reception. He was truly one of a kind and is missed greatly.